Political Accounts on Twitter Have Changed. Is Your Campaign Ready? 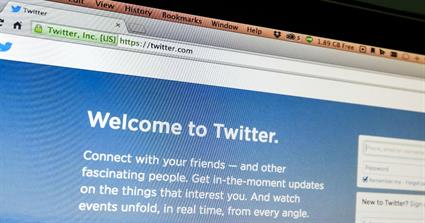 Share Tweet Share
Politics and social media have changed forever due to a recent decision that changes how political accounts function and engage with others online. The questions is, are you ready to deal with the changes?

Due to a recent ruling from U.S. District Court for the Southern District of New York judge Naomi Reice Buchwald, it was decided that US President Donald Trump is no longer allowed to block people from his Twitter account, stating that by him doing so is a violation of the First Amendment, despite differing viewpoints from those who respond back to his tweets. What this means is that for any person in a political position, your Twitter account is a public forum.

This goes beyond the realm of the president and his tweets, however, as Buchwald also added that: “This case requires us to consider whether a public official may, consistent with the First Amendment, block a person from his Twitter account in response to the political views that person has expressed and whether the analysis differs because that public official is the president of the United States. The answer to both questions is no.”

What this Means for You

The old golden rule on social media before was to block out those who bring negativity against you by deleting them from your friends list or in this case, blocking them. However, anyone running for a political position or is currently in a political position no longer has this option available to them. Being in a political position means having to have an open platform to hold a discussion with anyone who wishes to speak with you, regardless of your opinion versus theirs. Where campaign managers in the past were able to simply block out dissenters who raised their voice on certain issues, those options are no longer available, drastically changing how we interact with individuals online.

What Are Your Options?

At JM2 Webdesigners and Marketing, this decision comes as a surprise but not something that is entirely unexpected. Our team constantly pays attention to changing trends and rules when it comes to social media and marketing whether it's the recent changes at Facebook regarding the concerns regarding privacy to the recent fight against fake news online. Despite this radical shift, there are options available to keep a campaign running smoothly as well as having options to fight back against spammers and fake accounts.

The first is knowing the difference and significance between the "muting" and "blocking" option on Twitter.

According to Buchwald: "Muting preserves the muted account’s ability to reply to a tweet sent by the muting account, blocking precludes the blocked user from ‘seeing or replying to the blocking user’s tweets’ entirely.” While it's clear that the options between muting and blocking are different, it still presents an option that is both legal and can still provide peace of mind from constant replies.

The second option is reporting fake and spam accounts to Twitter. This doesn't violate any laws as the accounts being reported are not real people and intended to incite and spread malicious and untrue news about a candidate or political party. Once reported, Twitter will decide if the account is truly fake and act against it.

The third option is to simply ignore certain users and their comments. While this sounds almost childishly simplistic, it effectively is the water to a figurative fire that fake accounts and others sometimes want to start with political hot button issues. While some comments are not able to be ignored and, in many cases, it’s advisable to communicate with a variety of different viewpoints to create a wider spectrum of understanding, picking and choosing who you respond to and ignore is something that has always been a viable option and is something that should still be used today. In short, pick your battles. Choose them wisely.

Is Your Campaign Manager Throwing You Under the Bus?

As of this writing, this ruling is a little over a day old but is vitally important that it is something that your campaign manager is aware of. Regardless of if you're running for office, currently hold office or have any political position, not being aware of this law can hold disastrous consequences for everyone involved including your campaign manager. In fact, White House social media director and assistant to the president Dan Scavino was also named in the lawsuit and could potentially face legal action.

Make sure that your manager is aware of this new ruling and has a plan developed designed to adapt and deal with these new changes. It could make all the difference between a successfully run campaign or significant legal action.

For more information on this latest ruling, check out this article. If your campaign requires a dedicated campaign manager and marketing team, please contact us at sales@jm2marketing.com. We'd love to hear from you!