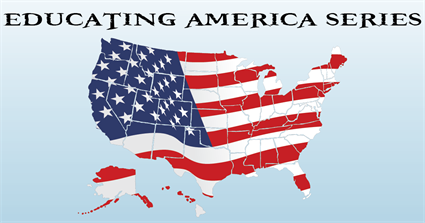 Many don't talk politics, not because they don't have something to say or have an opinion. Many don't speak as it's a taboo subject. Some don't fully understand the entire process. I know for myself it is a little bit of each. I want to be an informed American, and I believe others do as well.

I have seen in the last three elections a lot of people misunderstanding the entire political process. People are stating assumptions over who can and cannot vote. People say they don't vote as it doesn't count. The election process as a whole is rigged for the rich to hurt the poor.

We have decided to start an education series on politics so that we can break this taboo and inform those that want to learn. Kyle and I will be starting this talking series to educate ourselves and you through the process of our learning. We will be party agnostic, so whether you are a Democrat, Republic, Libertarian, Green, Constitution, or another party, we will be for you. We will cover everything with the most accurate and factual information we can find.

We have over 50 topics already with some of them being:

As you can see from this partial list, there are a ton of points to discuss. We will go into top issues, as well. I will say I do not know all of these talking topics, and that excites me that I will be learning a lot from this series. I feel it will make me a better American and make more informed decisions.