The Dream Of The Ideal Domain 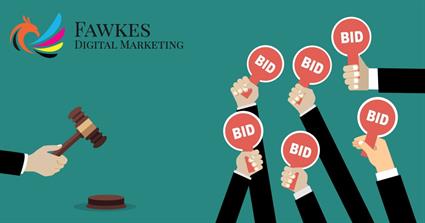 Dreams come in many ways for each of us. We started over nine years ago with a desire to help businesses achieve their dream domain name. As of today, a dream we have now done is to help companies to gain their desired domain name four times. Let's look at all four as each was unique. We'll then explore how we announce it to each client and how you can work on getting your desired domain name if someone else owns it.

We had a company that wanted a two-word domain. The domain name they chose was three names as the two-word domain name was taken. We put in "watch" for the desired name, and two years later, we were notified it was available to be grabbed, so we grabbed it.

A local restaurant wanted their name but had to add the word "valpo" to the end of their domain name. Valpo is the town their business was in and is the short name for Valparaiso within the community. This was probably the fastest one we ever won in a waiting process. After only seven months, the domain became available, and we grabbed it.

This client still is keeping the original name they went with as it was already printed on a lot of marketing, and even the marketing materials they are producing today (years later) still have that name as part of their branding.

The name we got for them they love, but with already a lot knowing the name they don't love knowing they still use it. They get over 20% of their traffic by typing in the name they prefer and never market it, so that name alone is making them money and increasing their business.

Another restaurant chose their company on a domain that had expired several times. They knew their stuff but, for four years, missed grabbing. They knew it, so they hired four other companies and us to get the desired domain name. The other four did it the same way the restaurant was trying, and we went to the broker/bidding process (and won).

They were checking themselves and saw it was bought, but it had gone "private" in nature which meant someone else had gotten it. We didn't tell them it was us. We were four days away from our scheduled meeting (before we had won it!), and so they kept the meeting. At the start of the meeting, they were shocked we had brought a camera and set it up to record. We told them we knew this meeting was special, and they had a sense of sadness with them, so we thought it was best to record it. At first, they were against it but "appeased us" with it. At the end of the meeting, the video is now one of the most special things to them.

Every time I see them over coffee, they always ask why we don't use it as part of our marketing, and I laugh (which they're now accustomed to) and say it's not for us. We are there for them and not to make money off of their marketing. They are truly one of our best referrals though, as they give us several a year!

No one ever said the process would be quick. Definitely, the longest one being eight years in the "waiting." Patience is the name of the game when it comes to getting the name you want. One of the employees was able to, after fifteen years, purchase the company. They negotiated everything and what wasn't in the contract for sale was the domain name. The old owner stated they could "buy it" for several thousand.

The new owner had already spent a small fortune and didn't know what to do. They brought another company and us in for how to handle it. We had a solution to take the old owner to dinner and come up with a compromise. Our deal with the new owner is if we could get a compromise, we would win the job. They have been a client since that meeting, and this coming week I will be going there to do another "video meeting."

Our first two meetings were awkward, to say the least. We made a simple printout with a "congratulations" and the domain name letting them know they are the owner of the domain name. Put it in an envelope and pushed it across the table. Very awkward, sketchy, and scared the clients. After the second, they gave some feedback on how to do it better, and this is how we "more or less" do it.

The items like the domain, plaque, marketing materials, and edited video are all on our dime as a "thank you" for being awesome clients.

How You Can Achieve

Most domain registrars have a "broker service." This service will cost anywhere from $50 or more. Some are a one-time charge, and others are annual. Make certain you check that out before you agree to the terms. Once done, they monitor the domain for you and will bid if and when it goes up to auction. They will make an initial bid on your behalf.

The second way, which is the way many do, is to put on a calendar reminder and check it when it comes up for expiration.

Note: When a domain "expires," it's not instantly available. Domains go into a probationary period where the domain owner can still repurchase them. Then it will either go straight to being available or into an auction process.