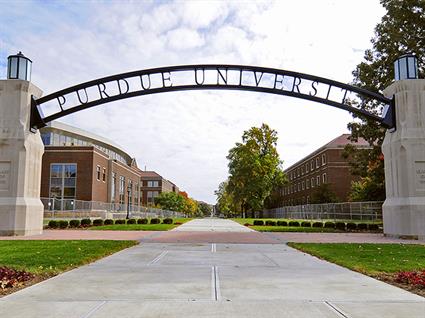 This Fall, two lucky Purdue University North Central students in the Computer & Information Technology program can earn $1,000 scholarships. The JM2 Webdesigners JumpStart scholarship is open to all incoming and existing full-time PNC students in the C&IT program with a minimum GPA of 3.0. Interested students must write an essay that will be due September 30, 2014.

This scholarship was created in 2013 by JM2 Webdesigners, a technology company located in Michigan City, IN that was founded in 2012. JM2 Webdesigners specializes in custom application and website development for small to mid-size businesses in the Northwest Indiana area. Owners Jon Meyers and John Marx are both incredibly proud of the service they provide to businesses in the Northwest Indiana area. Their passion of providing excellent service goes beyond their business. Marx and Meyers annually give a scholarship for Purdue North Central Computer & Information Technology students to assist the recipients in pursuing their passion in computer systems. There are many reasons why the JM2 Webdesigners scholarship was developed, but one of the catalysts creating this generous gift was because of both men’s diverse educational backgrounds.

Marx graduated from Chesterton High School and went on to pursue a degree at Ivy Tech. He attended a single class and ended up dropping out of college. John Marx was given the opportunity to go to other universities as well. Instead, he decided that his purpose was to pursue a career in the military so he enlisted in the Army which taught him discipline that he would use for the future. Marx continued to build a career related to his interest in programming and technology and wrote software for clients like Holiday Inn and Super 8 and a consulting corporation. Since 1995, Marx has been developing professional websites and supervised PNC intern, Jon Meyers.

In May 2012, Meyers graduated from Purdue North Central and began his career with La Porte County as part of the Information Technology staff. In November of 2012, JM2 Webdesigners was created and has been actively producing websites and software since their opening. A majority of their clients are small to mid-size businesses, many of which are new startup companies. Not only does JM2 address its client's technology needs with web development, it also offers consulting assistance on creating a profitable business.

Marx and Meyers have used their successes to give back to the community through education. JM2 wants to assist students who have an interest in pursuing a degree in technology. In 2013, JM2 Webdesigners Jump Start scholarship was developed to PNC Computer & Information Technology students. Marx and Meyers both firmly believe that an educated community is highly important, and one of the best ways to achieve that goal is by helping students get into college.

Marx and Meyers both highly support post-high school education at Purdue North Central, because that is an excellent avenue for continuing education for students in our area. However, every individual’s purpose leads them on a different path. Marx and Meyers feel strongly about students learning in the best way for them. Marx dropped out of college because his interests and learning capacity are more suited to self-learning and doing while Meyers was more suited to a college environment. Both are doing what they love now even though they chose different avenues to get there. Marx and Meyers want students to follow their dreams and passions for the sake of students doing what they love, not for money or pressure from others, which is specifically why they’re offering the JM2 Webdesigners JumpStart scholarship. They want to make it easier for students to learn what they want to learn instead of being restricted by money.

Any interested students that fit the scholarship criteria need to submit an essay by September 30, 2014 that answers the question "Where do you see the internet in the next five years and why?". More details about the JM2 JumpStart Scholarship can be found at http://www.purdue.edu/.

For the PDF version of this Purdue North Central (PNC) press release you can click here.