Building of a Local Directory 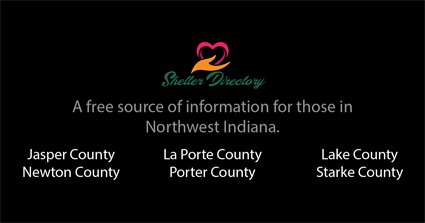 Building a business directory isn't anything new to us. Over the years, we've made several, including the largest local directory in Northwest Indiana, Region Adventures (www.regionadventures.com). Making one for men, women, and families that is 1/100th the size you would think would not only be a slam dunk but super easy. Well, this directory has pushed us to the limits and have opened new opportunities for us as a business. I will be writing as we continue to grow, but I thought covering the first hurdles would be a great place to start.

What is this new directory?

The new directory is called Valpo Shelter. You can visit it at valposhelter.org but do so after reading this. Definitely not a "directory" name but the one we have. This directory existed for over 10-years as a men and women homeless shelter directory. There was a 10-year plan mandated by the State of Indiana and meant to cover Porter County, Indiana, to end homelessness.

If you just laughed as I did when I read that there was a 10-year plan to end homelessness, you will understand how this site will be a challenge for many to grasp. There is no way you can create something and give it an arbitrary end date.

The first step was identifying the "void." This was easy as after 10-years, the website and project were left to die. This meant we needed to buy up the old domain name, build a website, and start marketing it. Seems simple enough so the "void is filled."

Less than two hours after purchasing the name I had pulled up an old version of the website from archive.org and copied all the old data and created a new one-page website with the same information as the old site.

After a good night's sleep, I woke up feeling accomplished yet empty at the same time. This was definitely a weird feeling I had inside of me. I was happy with what I had accomplished, and the old project was back and running. So why would I have a weird feeling for accomplishing what I intended to do?

The feeling was the project did as the State of Indiana originally intended but was missing a key point many politicians seem to miss. The project did solve a problem, but the problem only solved a small percentage of the overall situation.

It was time to educate and learn. Queueing up over 30 hours of videos on homelessness and domestic violence started everything off. After the first few videos I knew what had to happen. We needed a better resource. We needed to cover not only men and women but families as well. We needed a centralized source that made finding the information easy for those in need.

The statistics are hidden very well on homelessness and domestic violence in Northwest Indiana. The State of Indiana has some publicly displayed but a lot of it they keep hidden it seems. I know the deeper I dig, the more questions I ask, the statistics will creep up.

With the original site covering only Porter County, Indiana, I saw this as the first place to fix. I knew the moment that I chose to expand beyond the county I lived in that this would escalate to something that would consume my time. I had to accept this before I began as I had to commit to this not only for a few weeks or months but years. This is where we expanded to cover five, then six, counties in Northwest Indiana. We now have a complete source for men, women, and families in Jasper, Lake, LaPorte, Newton, Porter, and Starke Counties.

This will fail doing it the same way as last time

Thankfully I have never been a person to think "inside a box" or inside anything. The project did not need government interactions but needed to be funded. My wife and I were the first infusion of funds to get everything started. That is the short term. The long term needed help from the community and local businesses.

The key is to help people realize they can be "part of the solution" rather than expecting our local government to create committees to try and solve the problem. Additionally, going into multiple counties would mean involving multiple local governments. I could see this failing quite quickly with government involvement.

Time to become a squeaky wheel

I have never been a person people liked. I was kind and courteous as I was raised. What I wasn't was one that played political correctness well. I have always been honest about my feelings and any injustice I brought out to the masses. Well, I would do the same thing again for this cause.

Our paths change at God's whim. I don't go to church, but I do have the belief in a God. I believe he guides us in a direction that we are destined to be. We can choose that path when it comes or we can completely ignore it. I have probably ignored way to many paths in my life but this path I am embracing with all my heart and soul.