Are Angi, HomeAdvisor, and CraftJack Honest? 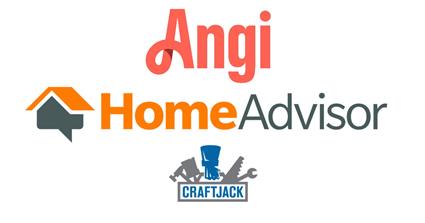 We have a client that was using HomeAdvisor and CraftJack. Both of these are owned by Angie's List (now Angi). The deal our client had was that they would get leads from both companies. That is where things got interesting for our client and we're going to tell the story from what they've told us. This aligned with what we had heard from other service-based companies that we felt we need to educate service-based businesses as a good portion of our work comes from them.

Our client was paying for each individual lead from HomeAdvisor and CraftJack. They received a lead, were charged, and called the prospective customer. While on the call with the prospect they received another lead. This time the lead came from CraftJack. It was the person they were currently on the phone with. They were charged for this lead as well.

They called CraftJack and were able to get that one removed but got them thinking about what they were promised by both companies and what had just happened. A few weeks went along, and the exact same thing happened again.

Being that both companies, HomeAdvisor and CraftJack, are owned by Angi the deal was basically the same for each company. This was:

The problem came in when both representatives stated this one simple item:

This means if HomeAdvisor gets a lead, they will give it to up to three of their customers within the service area that is paying for leads. HomeAdvisor then can provide that lead to any of the other Angi companies, in this case CraftJack. CraftJack can, and does, the same thing. This means the one lead went to a minimum of six businesses (five if you count our client getting the lead twice).

What Did Our Client Do?

This is where it gets interesting. They already, for the past year, have been unhappy with the quality of the leads. Having spent $3-5k per month they wanted to know what they could do to improve their results. We have come up with a plan to eliminate their dependency on the Angi solutions they offer as we have helped others eliminate their need for HomeAdvisor. Our plan of attack was this:

With this campaign in process, we will have a follow-up on the end result. For now, the goal is to each month lower HomeAdvisor and CraftJack until the amount for each is zero ($0) while getting the same number, or more, leads through the new ad channels the client has completed control over. At that time both services will be canceled.

HomeAdvisor and CraftJack were not always owned by Angie's List (now Angi). It appears that based on what each representative from each company has said that practice started once Angi purchased the two companies. As you find out that a company has been bought out it may be prudent to look into items where the companies share leads and other information about your business. For our client, they had never heard of CraftJack until they got a random sales phone call at which time they signed up. Many businesses are only looking out for their best interest and not your businesses.