The Anatomy of a #Hashtag 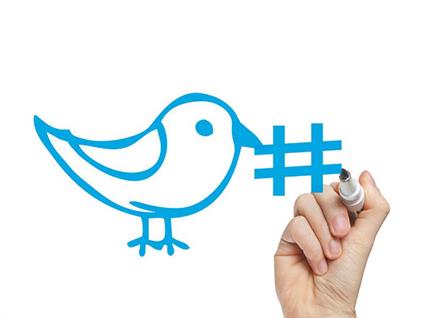 Hashtags started on Twitter by Chris Messina on August 23, 2007. Hashtags though are no longer just part of twitter but almost every social media outlet. A hashtag is a single word or a combination of words (with no space) that is preceded by a pound (#) symbol and used by the micro-blogging community to create a thread of conversations around a specific theme or topic.

The purpose of the hashtag is to categorize topics, bring ideas together, inspire exchange and encourage others to join in. A hashtag will allow people outside of your standard circle to learn more about you. And because the conversations under hashtags, or any other part of the social networking community for that matter, are not regulated, micro-bloggers have more freedom to express what they want.

You only need to add a # before a word that you wish to have as a hashtag. Due to social sites like Twitter and a Tweet being limited to 140 characters in length, the best hashtags are those composed of a single word or a few letters. Twitter experts recommend keeping the keyword under 6 characters whenever possible as that allows you to have more space for the rest of your message.

You can use only numbers and letters in your hashtag keyword. You may use an underscore but do this sparingly for aesthetic reasons and that it may not be fully supported by all social media platforms. Hyphens and dashes will not work.

Hashtags only work with the # sign. Special characters like ~!@#$%^&*() will not work. Social media sites recognize the pound (#) sign and convert it into a clickable link so that you can learn about other articles using that same hashtag.

Don't Start With or Use Only Numbers

Hashtags like #123 won't work, so don't use only numbers. Similarly, #123abc doesn't work. But numbers are great for recurring events like #BusinessExpo2015 or #JM2.

Hashtags do not support spaces. So if you're using two words, skip the space. For example, hashtags for following social media should be hash tagged as #SocialMedia.

Be careful with slang

Slang words can mean different things in different countries, so be very mindful about the words you use. Effective hashtags are those that are concise, direct to the point and very relatable across cultures.

For a hashtag to serve its purpose and generate a following, don't pepper your post with more than two hashtags. Overuse is annoying and defies general social media etiquette. You don't want to be accused of being a hard seller, don't you?

There is a fair bit of research on how many hashtags you should be using in order to get maximum engagement. Usually the more you use, the more spammy you will look, which will take away from and dilute your message, along with also attracting spammers. 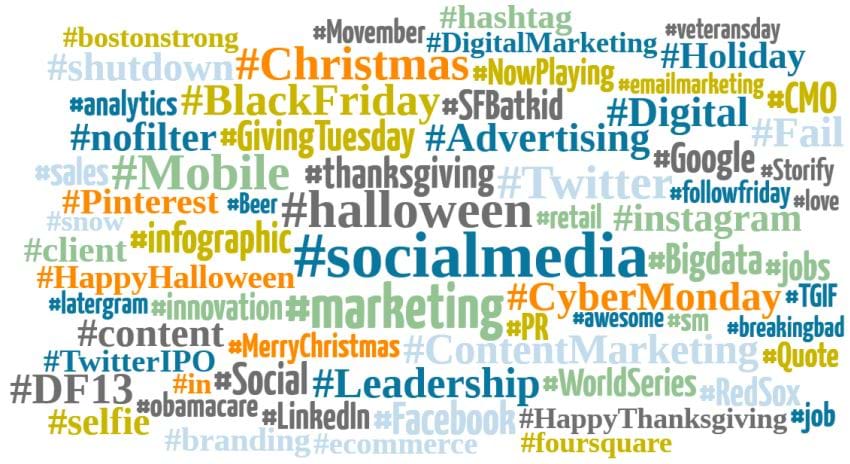 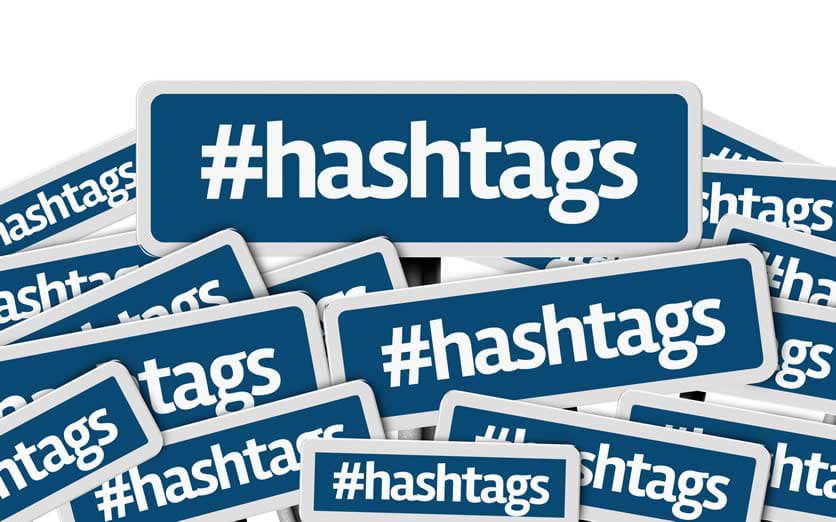 Ways to Use Hashtags

Hashtags can be used for any type of post within social media. It will allow you to brand every content post with your company specific hashtag (e.g. #JM2). Beyond branding your posts you can use hashtags to target items you’re selling (e.g. eCommerce). If you are selling vintage jewelry you could use #vintage and #jewelry as potential hashtags to catch the eyes of people following one or both of those hashtags.

Hashtags are a great way to add narrative and further tie together posts that you have together. Choosing your hashtag is one of the most important first steps in starting any social media campaign and is often the one less thought about. By choosing a unique, yet memorable, hashtag your current and future customers will be able to quickly type your hashtag to learn more about you. When JM2 Webdesigners meets with a client from Valparaiso, Michigan City or Chicago about their digital media strategy we always inquire about what hashtag we will use and how we will use it to promote their brand. If you would like some assistance in choosing a hashtag we would love to help you out and can be reached at 219-229-1633, through our online contact form, or through email at sales@FawkesDM.com.